What is the Rural Teachers' College in Ayotzinapa? 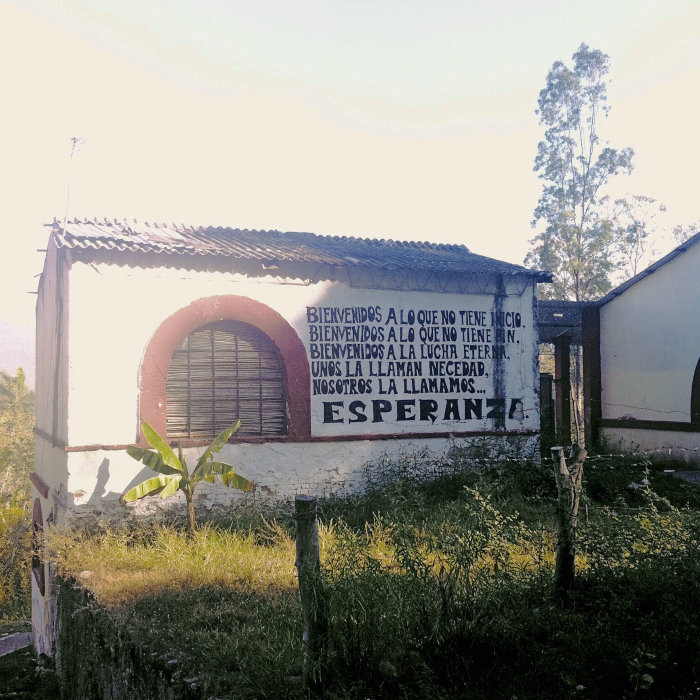 The Rural Teachers’ College of Ayotzinapa is a synonym for rebellion. A breeding ground of social activists like Genaro Vázquez or Lucio Cabañas. Founded by the teacher Raúl Isidro Burgos, for decades it has given shelter and training to sons of rural workers, campesinos, coming from the poorest areas in southeast Mexico. Generations of students have come through its classrooms, seeing the possibilities of entering into a dignified profession as teachers in training and of playing important roles in the development of their communities.

Rural Teachers’ Colleges were an essential part of the education projects that were sponsored by the governments of post-revolutionary Mexico. They were created to fight off ignorance and misery, and they became a tool of social and cultural transformation.

During the 40s the original intent was halted and since then these have become a low priority for the Ministry of Education. The Teachers’ Colleges became the centers of fighting and resistance, places in which defend public education as a human right; a right for the poorest of the poor.

However, as a response to the student movement of 1968, seventeen schools were closed, and the students were persecuted and criminalized.

Since the end of the 20th century and beginning of the 21st century, the governments have intensified their fight against these schools to make them disappear in an attempt to privatize education, these education centers provide some of the principal clusters of resistance. The lack of investment and the attempts to reform the curriculum have been answered by a youth that refuses to oblige. The Zapatista Liberation Front, specifically from Ayotzinapa, shared and recognized during the Other Campaign—in 2006—the plight 24 of these rural schools.

In the current case, the strikes, the road blockades, and the manifestations in the capital of Guerrero— Chilpancingo—are part of the usual repertoire that current and retired rural teachers along with teachers in training use in order to make their demands heard. Guerrero is one of the poorest states in the Mexico; it faces institutional abandonment and a high incidence of institutionalized repression. The clashes with the authorities have become a visible side of a conflict.

On November 30th, 2007, the Mexican Federal Police evicted dozens of students during a road blockade on the city of Chilpancingo, Guerrero. Abel Barrera, coordinator of the Mountain of Tlachinollan Center for Human Rights, classified these acts of repression as police brutality. Four years later, on December 12th, 2011, on the same highway, during a road blockade, gunshots that came from the federal and state police along with ministerial agencies were reported. The gunfire lasted for more than 20 minutes and ended with the death of Jorge Luis Herrera and Gabriel Echeverría. A year later, a massive demonstration was led by the victims’ family members who were still demanding justice, highlighting the lack of progress in the government’s investigation.

Selected Bibliography About the Lives of the Disappeared Students