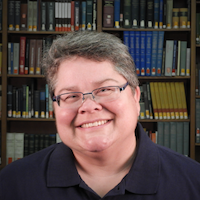 Due to ongoing involvement, no historical information on the "War on Terror" in Iraq or Afghanistan is included in this subject guide.

What is a "Military Nurse?"

What is a military nurse? in the most basic sense of the word it is a nurse who also serves in the military and holds military rank. All the services currently have nursing branches which are called corps. A corps is a semi-independent or independent military command whose members are grouped together because they share a common mission or career focus. In the case of the Army, Navy, Air Force and Coast Guard the corps share the common mission of nursing.

Nurses and female physicians who have been awarded commendations from the US Armed Forces: http://userpages.aug.com/captbarb/medals.html​

Navy Nurse Corps was officially established by Congress in 1908; however, unofficially, women had been working as nurses aboard Navy ships and in Navy hospitals for nearly 100 years.  http://en.wikipedia.org/wiki/United_States_
Navy_Nurse_Corps

Army Nurse Corps
During World War II (1939-45) nearly sixty thousand American nurses served in the Army Nurse Corps (ANC). Whether stationed in Europe or in the Pacific, they risked their lives daily, working on or near the front lines; on land, sea, and air transport vehicles; and in field hospitals.   http://en.wikipedia.org/wiki/Nurse_Corps_%28
​United_States_Army%29

The casualty figures below are not definitive. These figures represent the best of our knowledge to date and include deaths from all causes: hostile fire, illness as a result of military service, and accidents that occurred in the line of duty during times of war. We do not have statistics for earlier wars, because women were not yet serving officially in the Armed Forces.

Spanish American War: Twenty one contract nurses died from diseases such as typhoid, and malaria.

World War I: 430 casualties. Many of these were Army and Navy Nurses who died from influenza — an epidemic swept through military ports and bases in the U.S. and Europe. Two women (Army nurses stationed in Europe) were wounded by hostile fire, but did not die.

Korea: Sixteen Army, Navy and Air Force Nurses in theater or enroute to the battle theater – other servicewomen were not permitted in theater. None died directly from hostile fire. Army Nurse Genevieve Smith’s aircraft crashed en route to Korea early in the war. One Navy Nurse died when a U.S. Navy Hospital Ship was accidentally rammed by a freighter off the California coast. Eleven Navy Nurses died when their plane crashed off Kwajalein Island enroute to Japan. Captain Vera Brown, Air Force Nurse died when the plane she was assigned to crashed during a medical evacuation flight. Two other Air Force nurses also died in air crashes.

You'll Know You're a Military Nurse When...

The Medical Heritage Library is a collection of scanned public domain books, on medicine, pharmacy, nursing, and allied areas. Basic metadata for each text is included, and downloads are available in portable document format (PDF), Kindle, and a variety of other file formats.

Readers can browse by collection, title, or subject area.  The following link will direct you to: