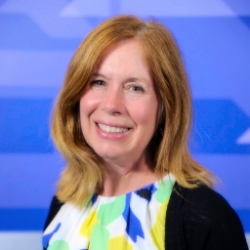 By the end of the course, students should:

-Have demonstrated a thorough knowledge of the basic rule of law and policies involved in the law of Torts;

-Understand the role and differing characteristics of the common law, in contrast to statutory or regulatory law;

-Understand the process through which common law is made and changed;

-Understand the role of state courts in creating and evolving Tort law;

-Have demonstrated proficiency in extracting rules and policy for cases, and in analyzing, interpreting, and arguing differing interpretations of common law rues;

-Have demonstrated proficiency in identifying legal issues in facts and in applying rules and policy to facts; and

-Name and employ principles of statutory construction that courts use to interpret legislative language;

-Analyze who is empowered to challenge violations of a given law, and why;

-Explain whether or not a given court reached a “correct” decision in a given case, and why.

-Learn the black-letter law concerning constitutional issues that arise during the investigation of a crime;

-Discuss/debate legal principles and their applicability to the facts of different cases;

-Begin to think, speak, and act like an attorney;

-Learn the practical applications and policy issues that confront the criminal law practitioner.

-Have acquired knowledge of the essential elements of contract formation;

-Appreciate the challenge of balancing several important and competing values within a coherent legal framework;

-Know how to extract rules and policy from judicial opinions;

-Be able to identify issues and holdings in judicial opinions;

-Recognize the various sides of a given legal issue and effectively articulate the strengths and weaknesses of each;

-Distinguish or harmonize, as appropriate, cases on the basis of law and/or fact.

-The fundamental rules and policies of contract law;

-the three sources of law: common law, legislation, and judicial interpretation of legislation.

Be able to do at an introductory level:

-Conduct yourself in professional settings in a manner that meets the standards of the legal profession;

-Express your analysis orally and in writing in a manner that meets the standards of the legal profession;

-Analyze transactions as well as the process of contracting and the lawyer’s role in deals;

-Problem-solve in light of a client’s objectives, anticipating consequences and assessing risks.

By the end of this course, students should have:

-Acquired knowledge of the basic legal doctrines undergirding the analysis of U.S. constitutional law, including judicial review, the doctrine of enumerated powers, the commerce clause, presidential powers, separation of powers, and federalism;

-Developed an understanding of different theories of constitutional interpretation;

-Developed an understanding and appreciation of the relationship between law and politics in the interpretation of the U.S. constitution;

-Acquired an understanding of the practical impact of constitutional law on government policy and legal practice.

-Have acquired knowledge of the basic rules, doctrines, and policies used by courts to enforce the Constitution;

-Have perfected their ability to extract rules and rationales from cases, particularly U.S. Supreme Court cases;

-Understand how to read, analyze, interpret, and argue for different interpretations of constitutional provisions, and appreciate how courts do this;

-Recognize the roles that various institutions and constituencies play in understanding and developing federal constitutional law;

-Appreciate how and why our understanding of constitutional principles may seem to change over time;

-Be able to identify legal issues in facts; apply rules, doctrines, and policy to facts; and weigh evidence to reach factual inferences and conclusions;

By the end of the semester, I will expect you to have achieved the following learning outcomes:

-Demonstrate a thorough knowledge of the basic rules of law and policies of federal civil procedure.  This includes extracting rules and policy from court opinions, federal rules, federal statutes, and constitutional decisions, as well as analyzing, interpreting, and arguing different interpretations of legal rules;

-Knowledge of civil procedure concepts likely to be tested on the bar examination;

-Understanding of a lawyer’s role in civil litigation, including the use of procedural tools such as motions and discovery, as well as how to conduct oneself, consistent with the standards of professional conduct.

At the end of the course, students will have acquired a basic understanding of:

-Doctrinal analysis of source materials, including close reading of cases and treaties, and application to facts;

-How to recognize legal ethics concerns that arise in the daily practice of law;

-How to analyze and address legal ethics problems that arise in representing clients and dealing with non-clients;