Investigating the Pandemic of 1918 and its Relationship to Today’s Coronavirus: A History of the Health Sciences Guide : At UW and in Madison

History of the Health Sciences Librarian 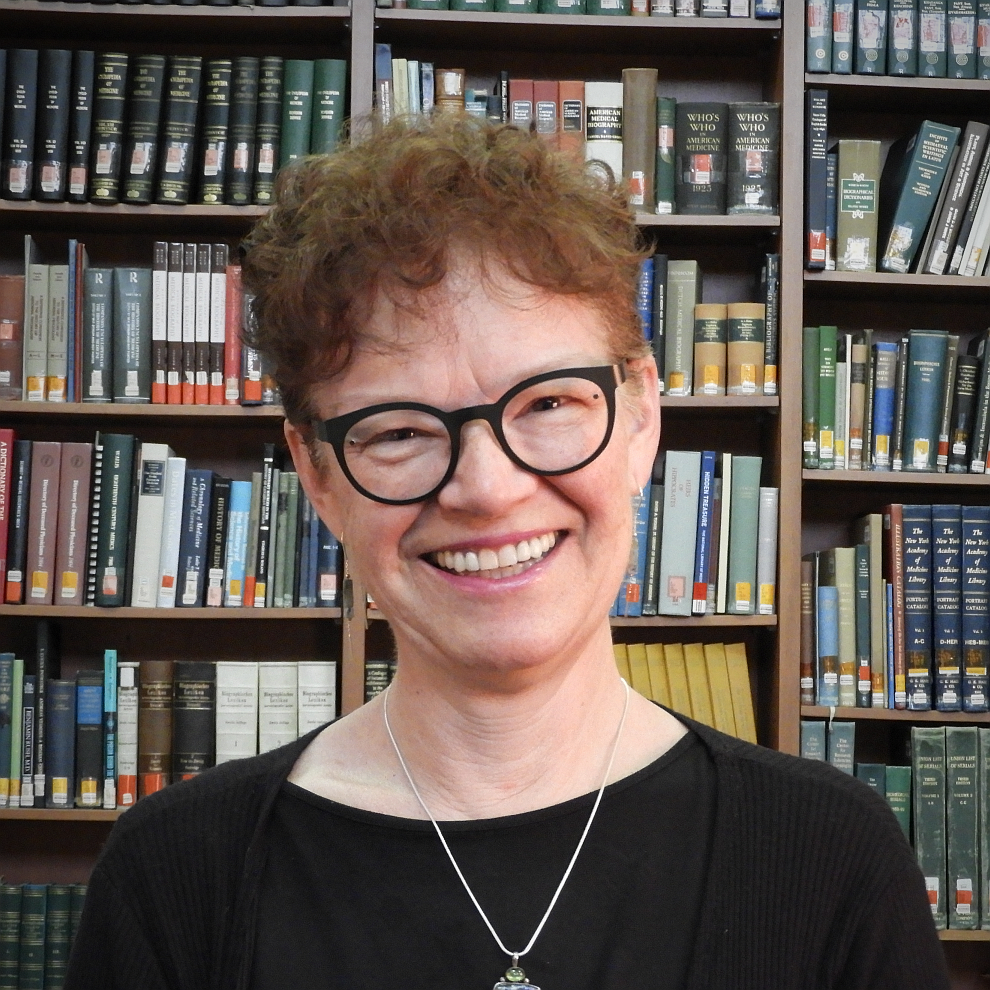 What can we learn from the Influenza Pandemic of 1918 that will help us cope with the ramifications of COVID-19, especially at UW-Madison, Madison and Wisconsin. Did they care about civil liberties? Did they wear masks, was it enforced? Did local politicians inform citizens in a timely manner? Were the hospitals overrun? Did college athletes play football!?

One of the most useful resources is a binder of photocopied newspaper clippings from the Capitol Times and the Wisconsin State Journal. It is housed in Ebling Library’s reference collection. In 2000, history student Julie R. Haugen produced How did the response of the city of Madison and the University of Wisconsin-Madison to the 1918 influenza epidemic compare? Unfortunately, the binder is unavailable due to COVID-19 library restrictions. Clippings (like those depicted here) cover the response of the city and university to the Pandemic. Micaela may be able to provide others. 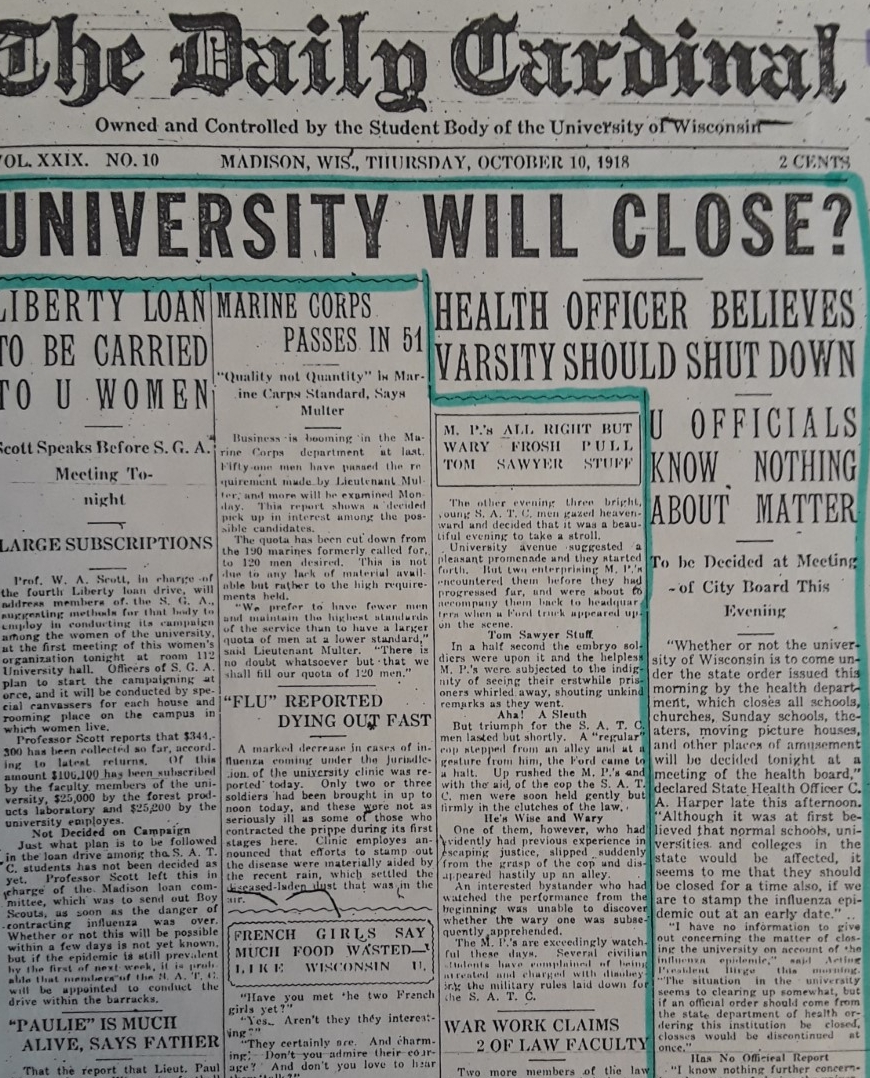 Another resource is the Progress of the University of Wisconsin Medical School : the years before 1923, authored by William H. Oatway, M.D., in 1939. Again, the book has restricted use during COVID-19, but Micaela has scanned the portion that discusses the Pandemic and its management at UW-Madison and can send you a pdf, if you send her an email. Some of that material is in an interview with Micaela, in a piece written by UW’s Kari Knutson. It is an article on resilience, within the year of the earlier Pandemic, and how that theme resonates in 2020.

The Newspaper Archive.com Database is a great resource for answering Wisconsin centric questions. It indexes the Capitol Times, the Wisconsin State Journal and other regional newspapers. It can be limited by city and time period, so is very valuable for research on the Pandemic of 1918. Remember, search strategies should include terms like flu, Spanish flu, grippe, influenza and sickness.

Material from the Wisconsin Historical Society (WHS) which includes government publications, books and papers, is another option. Check their website for accessibility. Check the Library Catalog for papers, correspondence, etc. on that era, limiting the Refined by Libraries drop down menu to Wisconsin Historical Society Library.  A search for "influenza Wisconsin" produced a record for the Wisconsin State Board of Health Report in 1918.

Another resource on campus is UW-Madison’s University Archives. Access to their collections is by appointment during COVID-19.

If your time is limited, and you have found resources through the newspapers mentioned here, and simply want a sense of what happened on campus in 1918, the Archives has digitized the Liberty Badger yearbook from 1920. You will notice in the student biographies that there were students who would have graduated, who died from influenza, and others who died while serving in the military. Overall, there were approximately 40 students who died from influenza or its complications and 33 who died while enlisted in the military. Additionally, there were approximately 200 deaths in Madison, and over 8,000 deaths in Wisconsin. So, there is plenty of fodder for comparison between the current attempt to curtail a pandemic and how the Mother of all Pandemics was handled in 1918 and affected our populace.